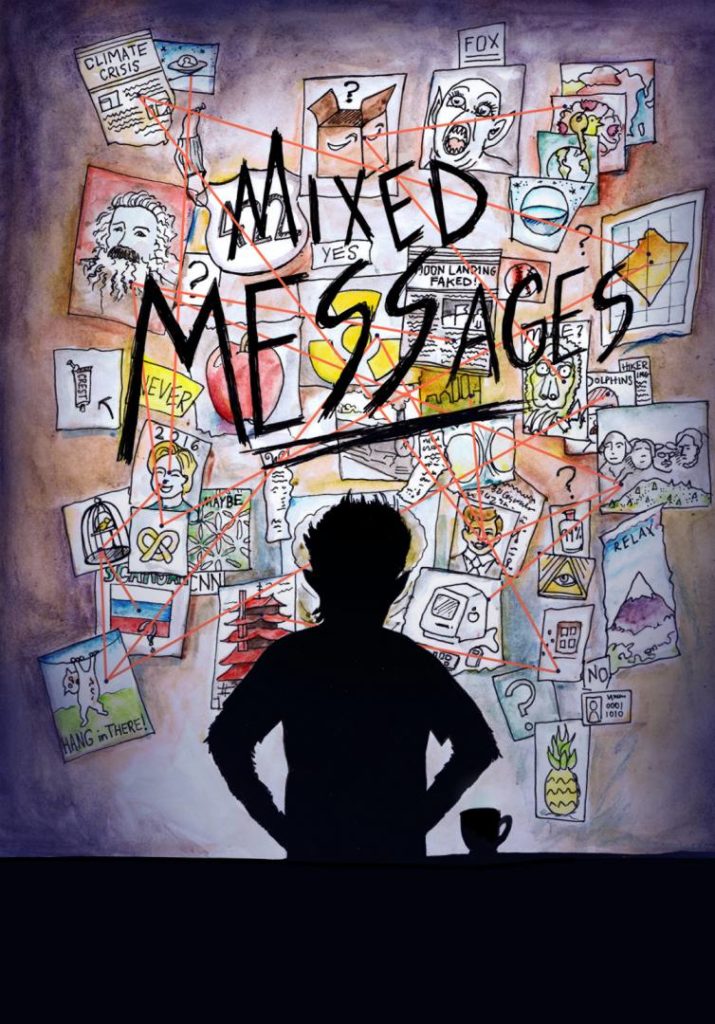 New Theater in the Wake of a Global Pandemic

WCR Center for the Arts

Mixing of words, performance styles, and human interaction in the wake of a global pandemic. After months of working alone, we are trying to remember how to work together.

All performance dates are pay what you will.  We recommend $20 if you are able.  We are also offering a “Pay It Forward” ticket for those able to double their ticket price.

Water and RTP t-shirts will be available to purchase but no other concessions due to COVID.

Unfortunately, the WCR is not wheelchair accessible.  If you may need help entering the building and walking up three stairs, please email info@readingtheaterproject.com or call 484-706-9719.

IMPORTANT: You will be asked to show proof of vaccination at the door and wear a mask for the performance.

The board of the Reading Theater Project enacted a Covid policy through the end of 2021:
– All artists, designers, technicians who work in person must be fully vaccinated.
– In person, indoor audience members must be fully vaccinated and masked at performances.
– Masks are required for indoor rehearsals, performances, and events for all, regardless of vaccination status, except when performing (including performing in rehearsal). This includes the audience.

Film Script Reading in Partnership with the ReadingFilmFEST

“Imagine if “Singing In The Rain” had been done by John Waters.”

ReadingFilmFEST screenplay contest winner!  The hilarious musical screenplay, Love is Afoot! was written by the comedy team of Perry Sachs (Happy Madison, Jim Henson, SNL), and ubiquitous Michael LaFata.   Michael (LaFata) Lacey is a Reading, PA, native and will be here in-person for the Script Reading. Produced in partnership with Santo D. Marabella and the Reading Film FEST. Presented by West Reading.

This is a limited capacity, ticketed event.  We recommend reserving advance tickets.

Appropriate for teen and adult audiences.
Audience must be fully vaccinated and wear masks.  Click for more information.

Reading Theater Project returned to live, in person performance the summer of 2021 as the benches throughout the Arboretum at the Reading Public Museum become micro-stages for actors, dancers, and musicians.

We could not create and share this new work without the generous support of EnerSys, the Reading Musical Foundation, Tompkins VIST Bank, JCWK Dance Lab, and Daily Loaf Bakery. 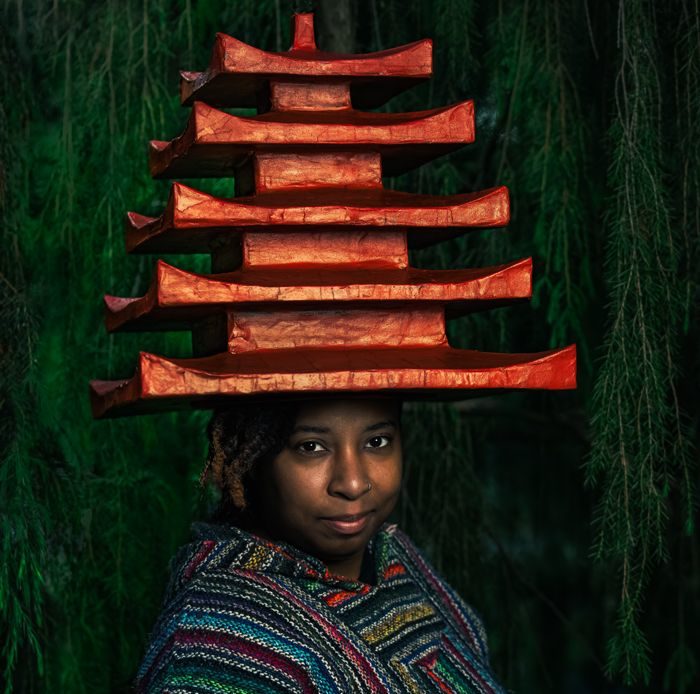 This one-act play tells the story of elderly shut-in Daisy who begins to suspect her daughter and live-in caregiver, Robyn, isn’t what she seems to be. This play reading runs just under 30 minutes and is appropriate for adult audiences due to strong language. Written by playwright Craig Bailey, directed by Jimmy Damore, performed by Anita Lewis and Megan Rose. 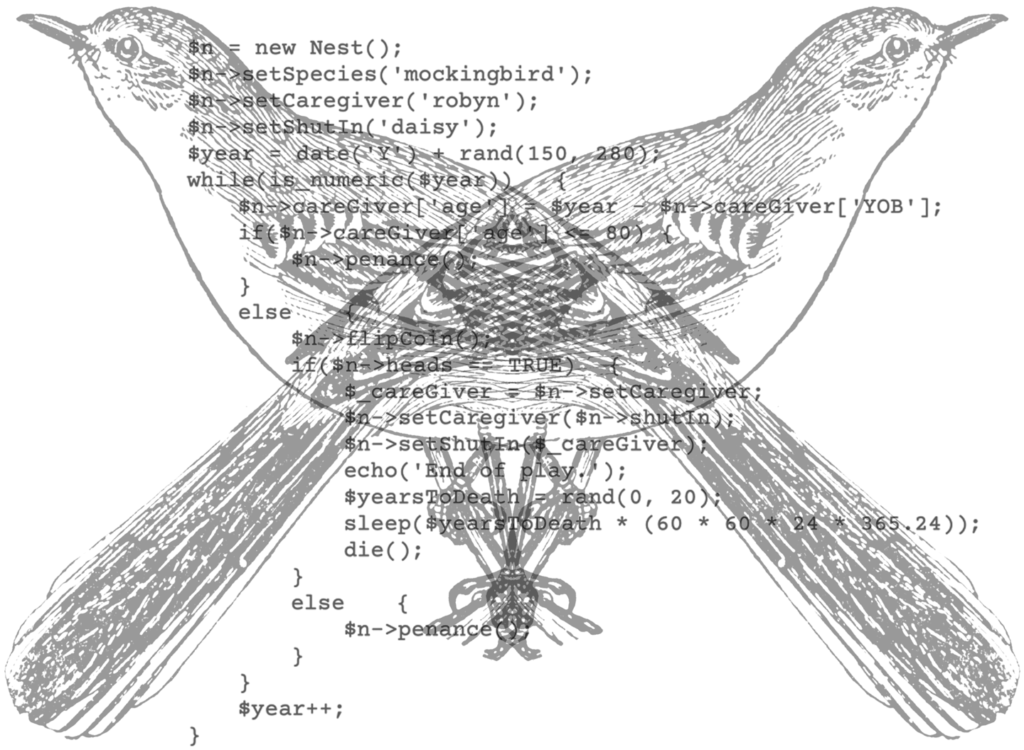 Adaptations was an online theater experiment of ten short recorded performances. Each performance is a non-verbal response to original tunes composed by Music Director Chris Heslop.

A calendar that helped us cope with the trials and tribulations of 2020 C.E. 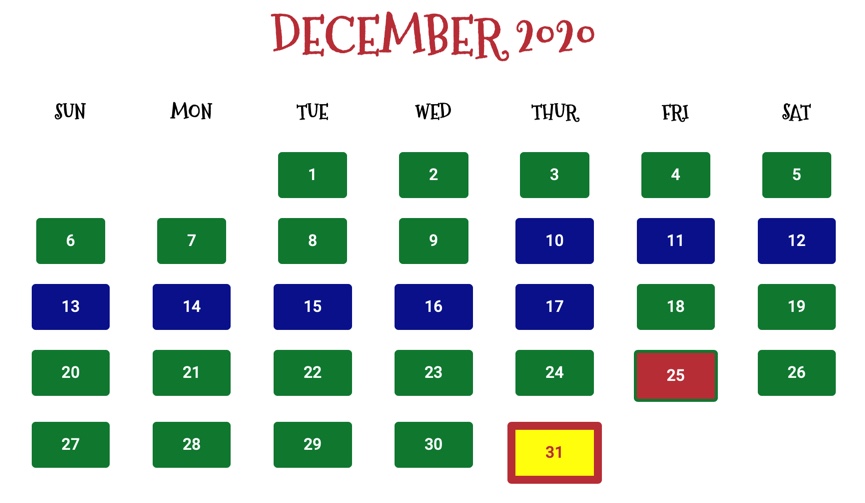 “In this era when we make so little effort in understanding one another, it was important to create a piece where the voices of immigrants are front and center,” said playwright Adam Richter, who interviewed local immigrants and people from Puerto Rico as the basis for his new play. 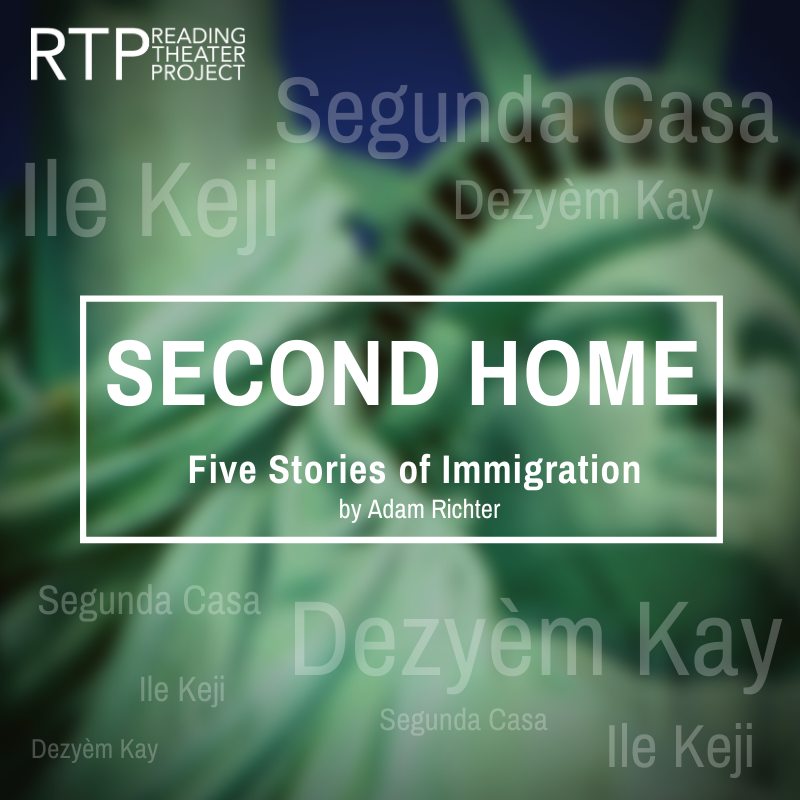 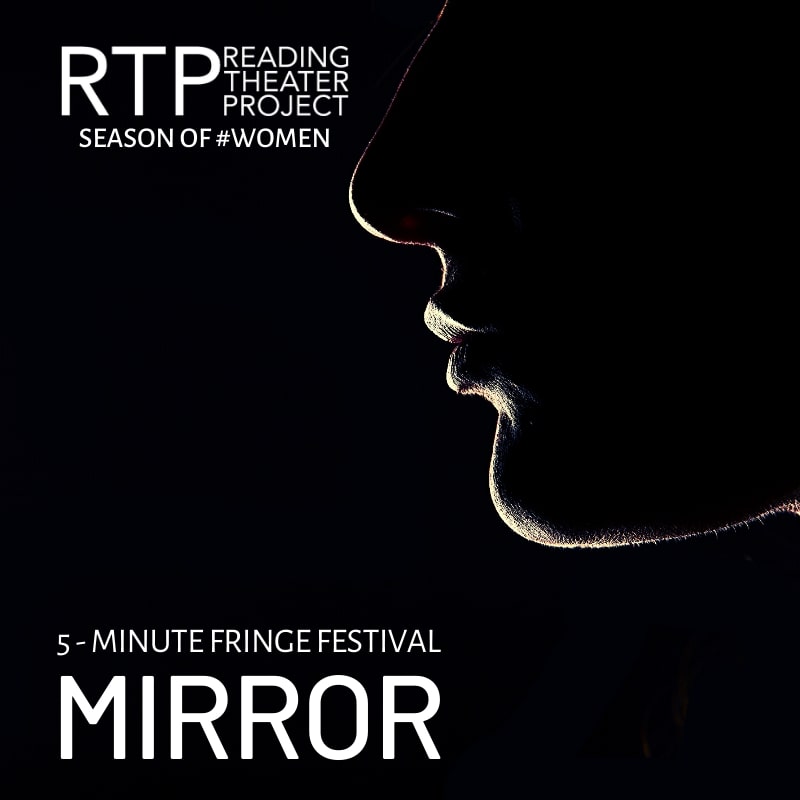 This year’s theme is MIRROR, explored through music, words, and movement.

Plus two original works by the Yocum Institute for the Arts Teen Ensemble, directed by Megan Rose

We are grateful for the support of the Celebration of Women in the Arts – Berks County. 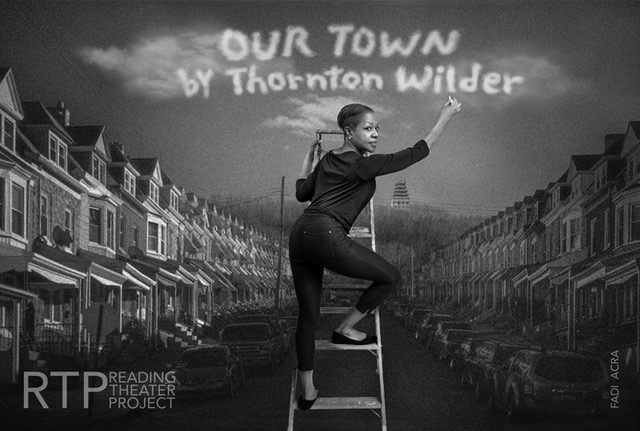 Thornton Wilder’s iconic play “Our Town,” which celebrates the universality of the human condition, is set in a New Hampshire village. But the story could take place anywhere, including Reading, Pa. Director George Hatza’s concept is to make that connection, and to assist in that vision the production will assume an immersive approach. Welcoming a Berks County audience into the homes, streets, churches and finally the cemetery of Grover’s Corners seeks to unite the play’s characters intimately with its audience. Separated by a century, those observing the stories of the citizens of a New England hamlet at the dawn of the 20th century will see themselves — along with those who lived before and those who are yet to be born — as one and the same.

Everyone Hates This Place 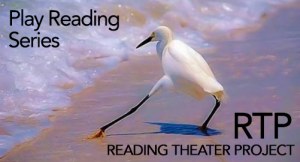 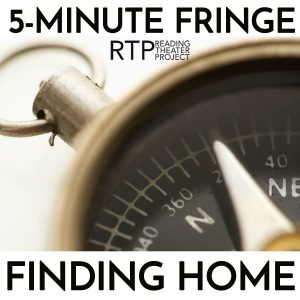 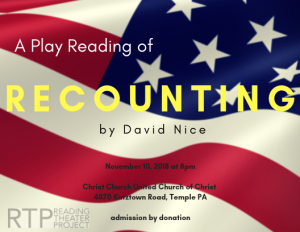 Do our politics divide us or just reflect our divisions? Against the backdrop of a close, bitter election, two couples find that they cannot remain friends. Recounting is a look at the local toll of the national red and blue divide.

Synopsis: For years two married couples from opposite political parties have appeared to be good friends in conservative Central Pennsylvania. With the election of 2000, the Presidential race between George W. Bush and Al Gore proves to be the downfall of their bipartisan relationship. Carl persuades the local newspaper to look at a forgotten incident in Patrick’s professional past. Carl intentionally undermines Patrick’s political ambitions. Why? Had ambition, jealousy, and disloyalty already created the gulf between them? Do our politics divide us or just reflect our divisions?

a modern fairy tale for adults 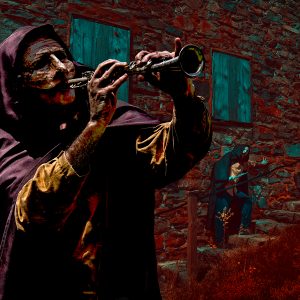 Building on its reputation for creating new and exciting theater that is relevant to the Berks County community, Reading Theater Project proudly announces its upcoming production, Piper’s Pitch from September 28 to October 7, 2018 at the WCR Center for the Arts, 140 N. Fifth St., Reading, Pa.

Written and directed by Joel Richard Gori, with music composed by Chris Heslop, Reading Theater Project’s new production will utilize the fable of the Pied Piper of Hamelin to explore our current social climate.

“A grown-up version of the classic tale of The Pied Piper of Hamelin was a perfect fit for the RTP season theme, Fact or Fiction?,” said playwright and director Joel Gori, co-artistic director of the company. “In the original story, the Town Councilors are fraudulent to the young man who rids the town of their problems.  In my retelling of the tale, nobody trusts anyone, similar to the current climate of our country: Who do we believe? Where do we put our trust? Who do we turn to when we lose faith in those who lead us? With music, movement, humorous songs, theatricality and poignancy, creating this piece has made me smile.” 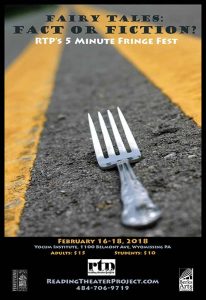 Witness the birth of new theatre.  Students and professionals from across the region will perform their new work, everything from music to movement, from monologues to short plays, all inspired by Fairy Tales and the idea of “Once Upon A Time…” 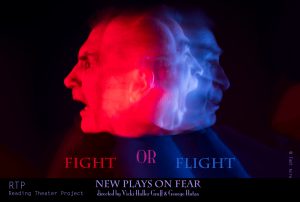 One Book, One Community

Rose Under Fire is a must read novel regardless of your genre preference! Rose Justice is an eighteen-year-old pilot who hails from Central Pennsylvania. She volunteers to serve in the Air Transport Auxiliary during World War II. In a brave attempt to ram a “flying bomb” mid-air, her plane crosses into enemy territory.

Rose is captured and sent to Ravensbrück, a concentration camp. She meets women with deeply tragic yet heroic stories struggling to survive at the camp. They band together and protect one another from their German captors. Elizabeth Wein does not shy away from the atrocities committed during the war as she tells an endearing story of friendship, loyalty and self-sacrifice.

Take a creative risk with us! Our focus is on performance and storytelling, highlighting the creative minds and performers living in Berks County and beyond!

Part of the Theater Project’s mission is to create new work. We have an improv team, hold play-readings, and produce plays written by local writers.

We wanted to add a smaller scale outlet for local performing artists to take risks and showcase their work!

The Outrageously True and Charmingly Infamous Life of that Glorious Jewish Catholic Priest, Genius Librettist who Inspired Mozart-of-All-People, Master of Italian Literature and Bringer-Of-It to America, Toothless Businessman, Pennsylvania Resident, Superb Lover of (All) Women, and So Many Other Topics and Situations

in partnership with the Berks Opera Company

The Importance of Being Earnest

Everything after the wedding! It’s a theatrical extravaganza about marriage in the 21st Century. Come visit Freddy Burgers’s Marriage Expo and hear a speaker, check out informative booths (with local vendors and actors playing vendors), and watch modern marriage unfold all around you (some of the other couples at the show will be actors). Audience will have the option to sit and watch the production or to walk around and immerse yourself in the expo. Either way, prepare yourself to experience a whole marriage in about 2 hours!

As with all our productions, Reading Theater Project blends outrageous comedy with thoughtful moments of quiet and reflection. We hold a mirror up to marriage, all kinds of marriage and committed relationships, and laugh together and think together.

Enter the Diamond Mine, a speakeasy that could be straight from Reading in 1920. We’ve got a hot jazz trio, our very own Vaudeville troupe, and bootleggers seated at the next table. Though national prohibition of alcohol had passed, Reading was living up its reputation as a wide open town. As the years passed, Reading changed. Speakeasy is a play that follows Reading from 1920 to 1933, through several characters’ stories.
Written by Sue Lange, directed by Vicki Graff, composed and musical directed by Chris Heslop, Set Design by Andrew Pochan, Stage Managed by Eileen Tarquinio.
Cast includes: Kira Apple, S. Marie DeBooth, Marie Suzanne DeBooth, Christine Cieplinski, Joel Gori, Joel Lesher, Anita Lewis, Jane Ney, Michael O’Brian, Luis Pagan-Anderson, Chris Roché, and Julia Smith.
performed at the Olympian Ballroom, 603 Penn Ave., West Reading, PA

Reading Theater Project created a series of personal performance pieces (theater and music, some solo, some ensemble) at the Ceres Gallery in New York City for Pamela Shields’ gallery exhibit (NSFW). The works were also performed in Reading PA.

The performances were inspired by Shields’ work and perspective of “being comfortable in your own skin” and “what’s normal and acceptable.” This work is personal and political, witty and intelligent.

…was a huge success thanks to you! We sold out every show, had great discussions with local artists and historians, and created original, innovative theater right here in Berks County!

In 1809 in Berks County, Susanna Cox, a “homely maid of 24 years,” was arrested, convicted and hanged for infanticide of her newborn son. She was uneducated, she could not speak English, she was a servant.

Though her story has been told over and over since 1809, in court, in songs, in the news, and more, she never had the opportunity to tell it herself. Why do we keep telling her story? What is it that captivates us?

May Be Honest Gallery